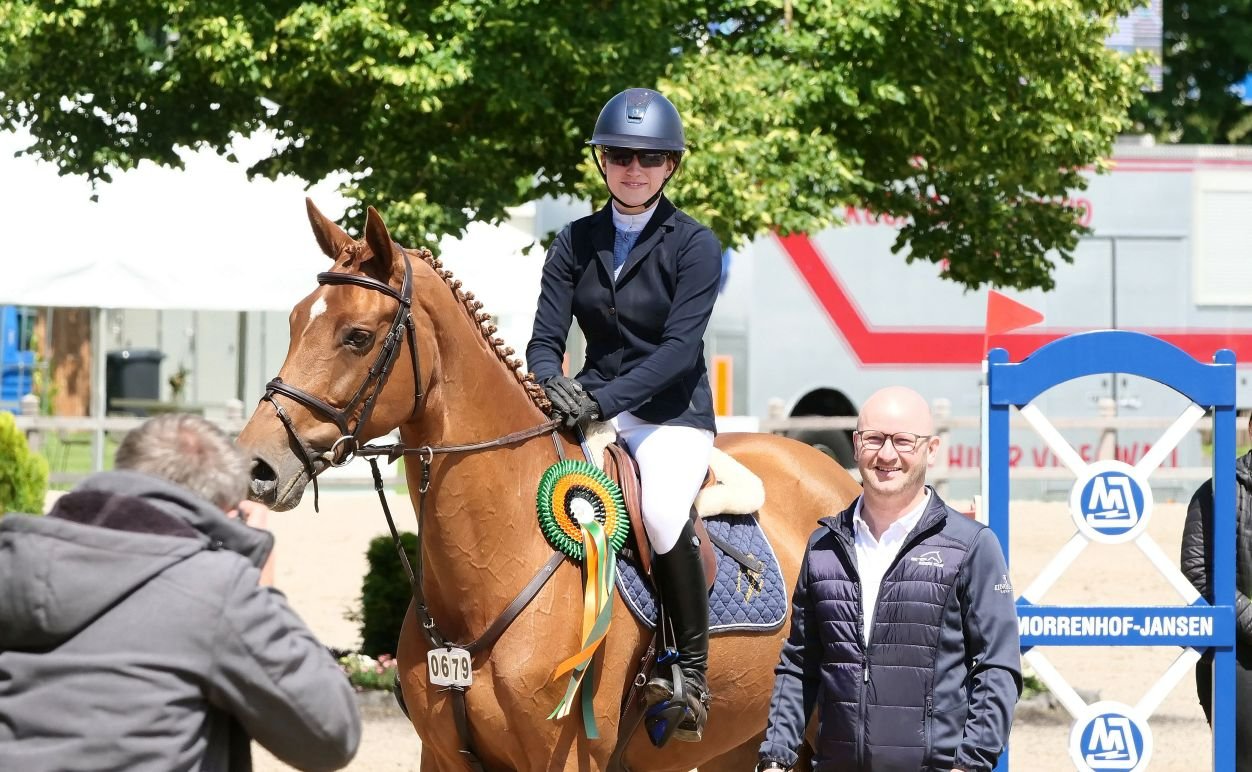 The U21 generation already showed their “calling card” on the first day of the show in a classic ‘against the clock’ competition (1.45m). 40 participants from 13 nations competed and the 18-year-old Dutch rider Nikita Cheung was delighted with the impeccable round of her Noberlina VD Laarseheide Z in a fast 73.93 seconds. This placed Cheung, who is just starting in the Young Rider age group, in first place. Nikita is competing with three horses in Zuidwolde and will face plenty of competition until Sunday.

Antonio Sottile leads, but for how long?

The current ranking is led by Italy’s Antonio Sottile with 31 points, closely followed by Antoine Ermann from France (28). In Zuidwolde, however, several candidates have great prospects of increasing their points cushion: German show jumper Johanna Beckmann, for example, who won the classification of the BEMER Young Riders Tour in Fontaineblau and is in third place in the ranking with 20 points, as is the Italian rider Chiara Coppo, who previously excelled in Zduchovice and is also competing in Zuidwolde.

Currently sixth in the ranking, Italy’s Martina Guerrieri is also lining up, as is Johann Greve from Germany, who picked up his first points in Zduchovice, and Belgium’s Jules van Hoydonck, who has picked up 13 ranking points so far and finished fourth with Minte vd Bisschop at the first appearance in Zuidwolde. The international show in Zuidwolde in the Netherlands, with the BEMER Young Riders Tour will also be broadcast live at www.clipmyhorse.TV. Starter and result lists are available online at scgvisual.com at: https://result.scgvisual.com/show/103/schedule/